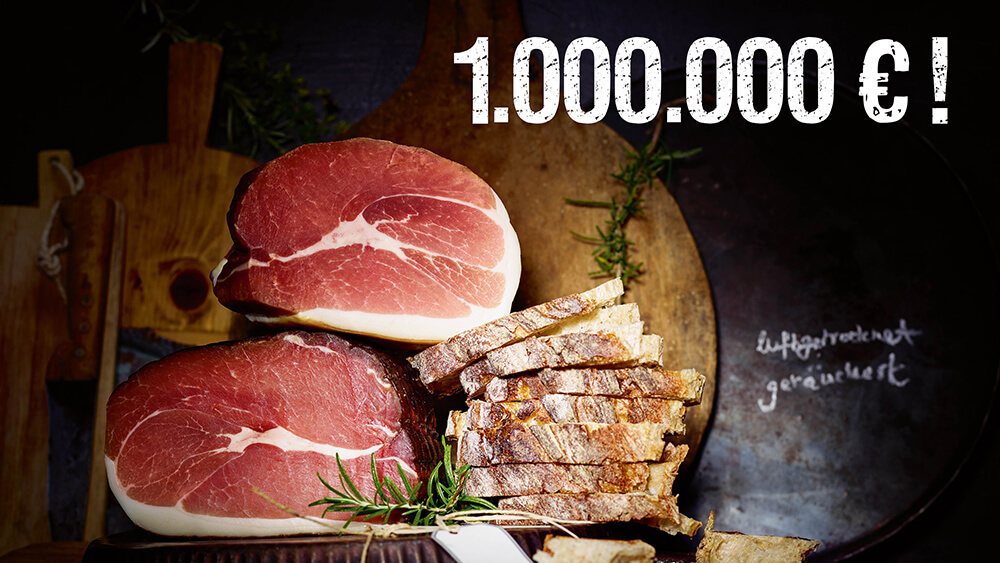 We got the million!

What a milestone: With our Osnabrück Peace Ham we could reach the donation amount of 1.000.000 € – what a number!

When we launched an initiative in 2003 in cooperation with terre des hommes to support children’s aid projects all over the world, nobody could have guessed that 15 years later we would be able to look at such a sum. The principle: 1 Euro goes to terre des hommes for every Osnabrück Peace Ham sold. This has enabled Bedford to raise a seven-figure donation to date. Terre des hommes is using it to help needy children in war zones, to initiate educational projects and to give people a new perspective.

The first “chapter” of this success story was written in Angola, where we launched numerous education and training projects. We are currently present in Myanmar with two new aid initiatives.

We would like to express our sincere thanks to all those who have contributed their share to this sum, first and foremost to our customers and employees as well as to terre des hommes and all local helpers who made sure that our donation made a difference. Together we are now tackling the next million!

This could also be of interest to you